A Sandblaster at the Atomic Level

From semiconductors to moon rocks: Many materials are treated with ion beams. A research group at TU Wien has now been able to explain how this process depends on the roughness of the surface. 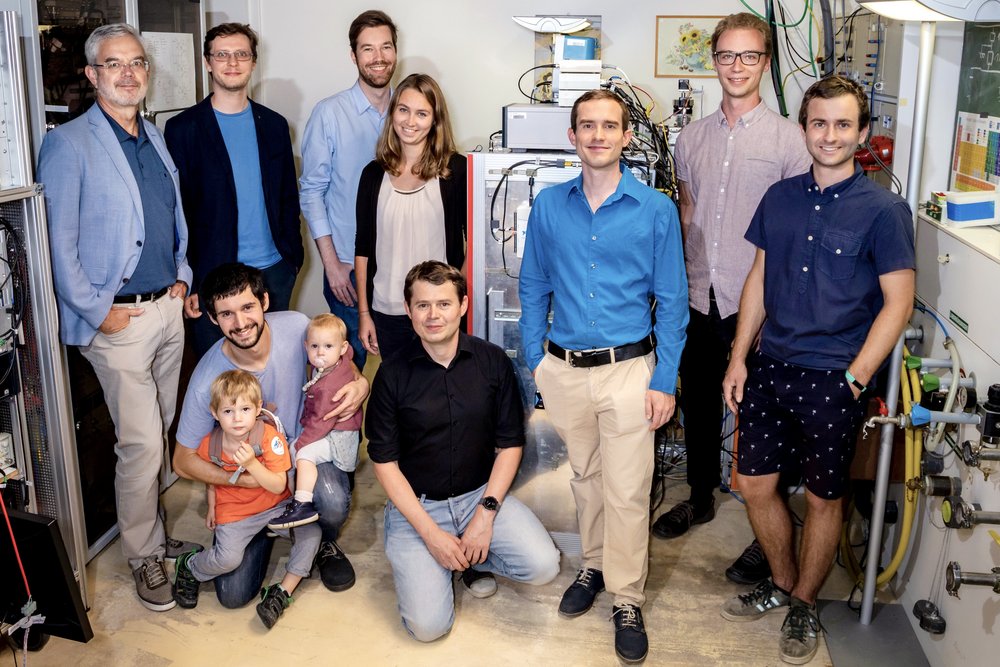 If you want to remove a layer of paint from a metal surface, you can use a sandblaster: Countless grains of sand are blasted onto the surface, and what emerges is clean metal. “Sputtering” can be imagined in a very similar way - only much smaller, on an atomic scale. The surface is irradiated with ions, i.e. charged atoms, allowing microscopic impurities to be removed, for example.

If you are dealing with perfect surfaces where all the surface atoms are arranged exactly in a smooth plane, established theoretical models can predict the effects of ion bombardment quite easily. But in practice, this is very rarely the case. For complicated, rough surfaces, it is difficult to say how much material will be removed during sputtering. A computational model developed by researchers from TU Wien now makes it possible to characterize the surface roughness in a simple way and thus correctly describe the sputtering process even for more complicated samples.

"Sputtering of surfaces by ion bombardment is a very popular and versatile technique," says Prof. Friedrich Aumayr from the Institute of Applied Physics at TU Wien. "On the one hand, it can be used to remove material very precisely, for example in semiconductor technology, to create perfectly clean surfaces. On the other hand, however, it can also be used to selectively evaporate any material, which is then deposited on another surface, for example to produce super-reflective eyeglass lenses or hard material coatings on special tools." To use the right amount of material in this process, one must understand the sputtering process in great detail.

The same applies to nuclear fusion research: In the search for extremely resistant materials for the inner wall of a future fusion reactor, one must be able to calculate how much material is removed from the reactor chamber by the constant bombardment with high-energy ions. This also provided the original motivation for this study, which was funded by the European fusion research program EUROfusion www.euro-fusion.org and also involved colleagues from Uppsala University, the Helmholtz Center in Dresden and the Max Planck Institute for Plasma Physics in Greifswald. The investigated effects are also important in Astrophysics, where rock surfaces, for example on the moon or on the planet Mercury, are bombarded by the charged particles of the solar wind and thus eroded and changed by sputtering processes.

It's the impact angle that matters

"The amount of material knocked out of the sample surface by ion bombardment depends on two main things besides the projectile energy: The angle at which the ions hit the surface, and the roughness of the surface," says Christian Cupak, first author of the current study. "We were looking for a way to characterize the roughness of the surface in such a way that you can infer exactly how much material is removed during sputtering."

Surface roughness changes the local impact angle of the particles, and there are also shadowing effects: Some areas of the surface are not hit by ions at all. In addition, the removed material may be re-deposited in certain places, much like debris in mountainous terrain. This further reduces the effectiveness of the sputtering.

Very differently rough surface samples were examined in Vienna. Using modern high-resolution microscopy methods, the roughness of the samples was first analyzed, then they were bombarded with ions and the experimental results were compared with the model calculations. "In the end, we succeeded in determining a single parameter that describes the sputtering process very reliably," says Christian Cupak. "It is a measure of the average surface inclination." How high the individual elevations are on the rough surface does not play a significant role. A roughness on the nanometer scale has quite similar effects to a roughness on the order of millimeters, as long as the angular distribution of the individual surface pieces is the same in both cases. "The question is not how high the average mountain is on the surface, but merely how steep it is," explains Christian Cupak. "We were able to show that our parameter describes the final outcome of the sputtering process much better than other roughness parameters that have been used so far."

The research team at TU Wien will now use the new surface characterization method in both fusion research and astrophysical studies. In industrial applications, the new modeling method could provide greater reliability and precision.