Even without living directly by the sea, researchers at TU Graz and the LEC are concerned about the environmental compatibility of merchant shipping and are researching wind and hydrogen-powered ships. 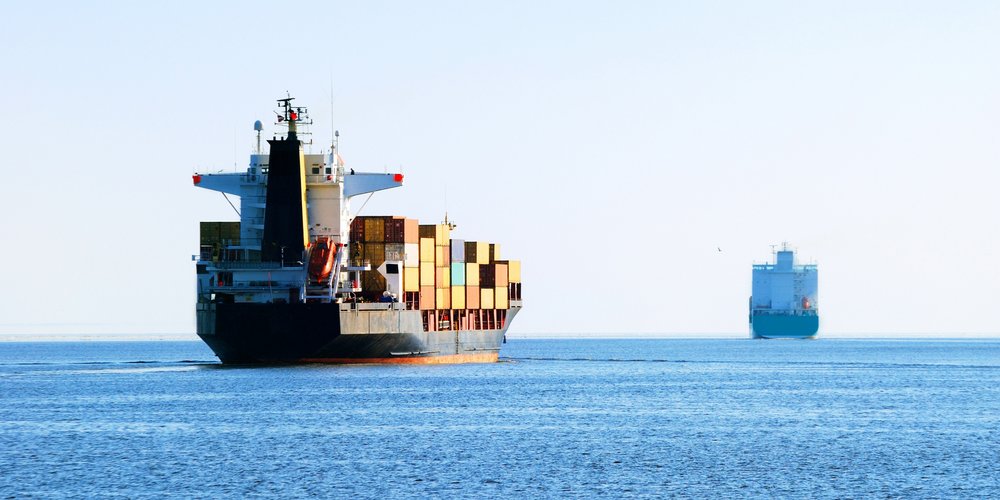 The shipping traffic is constantly increasing. Already today, over 80% of goods are transported by water. © Alex_Stemmer – AdobeStock 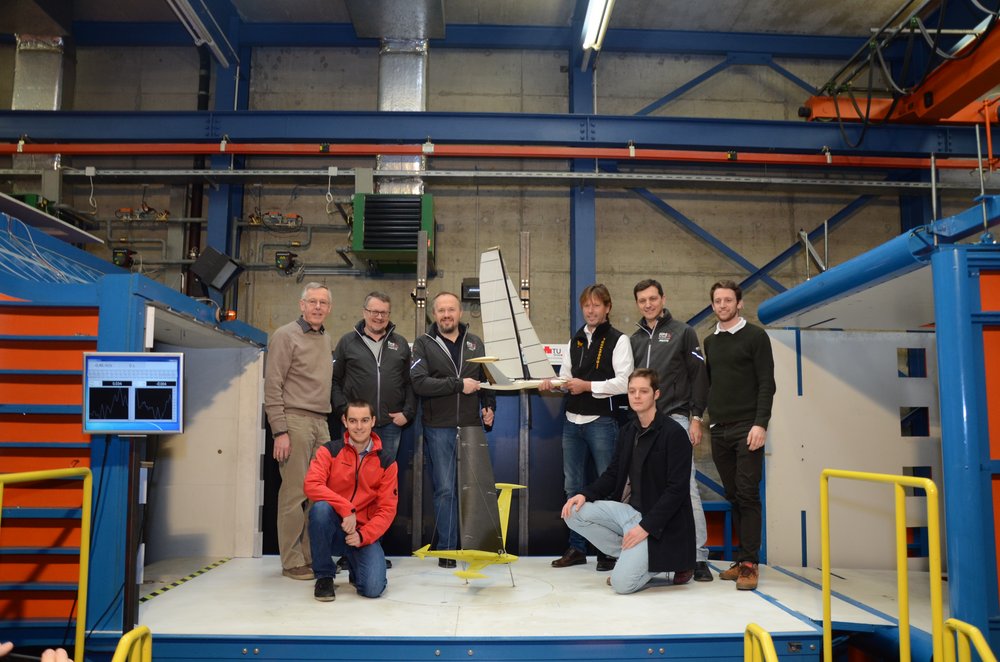 The high-performance sailing research team built a model of the V_REX and tested it in the TU Graz wind tunnel. © Institute of Engineering and Business Informatics at TU Graz 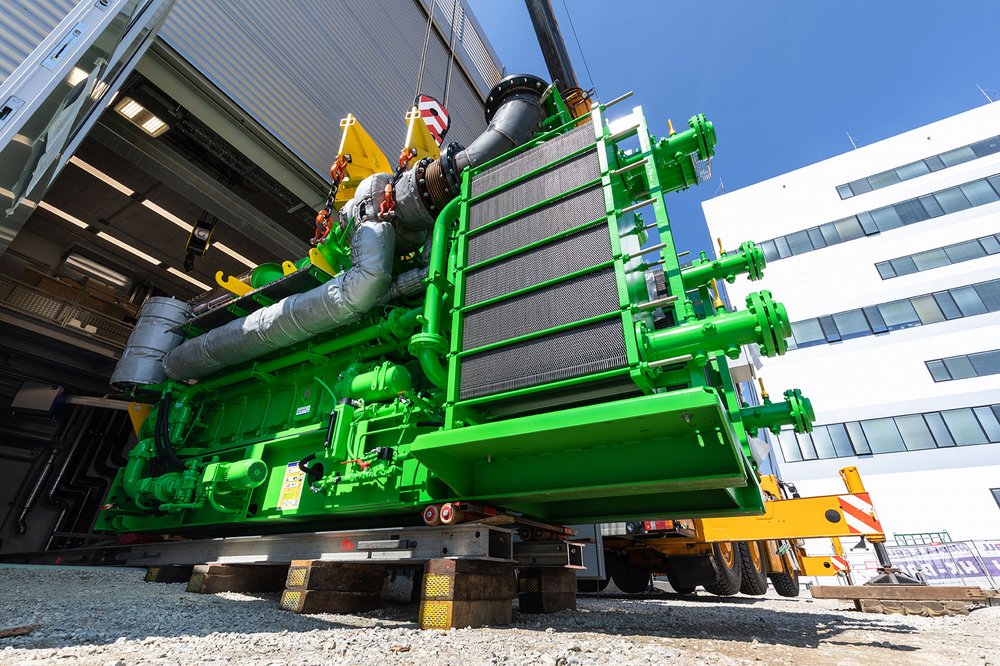 A demonstration plant is being built in Inffeldgasse in Graz. The ship engine has already been delivered. © LEC

"Modern shipping is on a par with air traffic in terms of CO2 emissions. For other pollutant emissions, such as sulphur dioxide, it is even higher," explains Andreas Wimmer, who established the Large Engines Research Area at the Institute of Internal Combustion Engines and Thermodynamics and heads the COMET-K1 LEC Competence Center (Large Engines Competence Center), in which TU Graz is a central stakeholder. His statement deserves thinking about. Especially since the global transport of goods is increasing year after year.

"More than 80 percent of the worldwide transport of goods takes place by ship," says Wimmer, explaining why research in this area is so important. "At the same time, international waters currently lack strict guidelines with regard to pollutant emissions." Not only are large quantities of goods being shipped across the oceans again, but maritime tourism is also booming. "Cruise ships, which are floating hotels, also have to operate when they are anchored in port. That's why the engines keep running, even when the ship isn't moving."

Hydrogen instead of heavy oil

Conventional ocean-going vessels today are powered by combustion engines that use and burn heavy fuel oil. In the EU-Horizon2020 project HyMethShip, Wimmer and his team want to develop a new system by 2022 and demonstrate its usability. "We are converting an internal combustion engine so it can run on hydrogen," explains Wimmer. "The hydrogen is produced directly on the ship from methanol produced on land using green hydrogen. The CO2 captured before combustion is stored, brought back on land and used for the production of new methanol. The system allows us to operate the ship virtually pollution-free."

The team pays particular attention to rapid implementation and economic feasibility. “It doesn’t help the environment if the new technology has decades of development ahead of it or is financially utopian." Therefore, the international project team includes not only researchers, but also shipbuilding companies and institutions that take into account the current legislation and strict safety regulations in shipping with regard to the new propulsion system. The current phase of the project involves preparing a proof of concept. To this end, the team is building a demonstration plant in the recently opened dynamic engine test bed on Campus Inffeldgasse.

Wind as the propulsion of the future

Wind power has been used for centuries as an emission-free propulsion system for ships and is now facing a revival in cargo shipping, as Siegfried Vössner, head of the Institute of Engineering and Business Informatics at TU Graz, explains: "Freight ships already set additional large sails on the high seas to take advantage of the trade winds. This additional drive saves fuel and therefore money."

At TU Graz, too, research is devoted not only to hydrogen but also to wind as a propulsive force. In 2013, Vössner founded the inter-faculty initiative High Performance Sailing together with his colleagues Christof Sommitsch, from the Institute of Materials Science, Joining and Forming, and Franz Wotawa, from the Institute of Software Technology. The aim was to optimise maritime wind power applications step by step, using the latest engineering, high-performance materials and data analysis. "We have also been able to successfully test our concept in practice over the past few years – for example at major national and international sailing regattas, where we were even able to achieve the vice state-champion title in the off-shore class," Vössner proudly tells us.

Among other things, special sensors have been developed which – mounted in the sails – provide the current data on wind and speed. In a clearly arranged interface and combined with weather data, traffic volume and currents, this data is used for route and speed optimisation and as an important decision-making aid for navigators. The concept met with great interest in the industry – in particular from high-performance sailor Peter Steinkogler. The state, national and European champion worked on a boat concept with which he wants to break all world speed records: the hydrofoil sailing boat V_REX.

Foiling: Several foils lift the boat off the water at high speed and allow it to skim over the surface. Due to the significantly reduced water resistance, higher speeds are possible.

The TU Graz researchers are supporting the sailor in his project in several bachelor’s and master’s theses. Among other things, the material and the construction of the foils were investigated, the sail area and the routes were optimised and a true-to-scale model of the sailing boat was tested in the wind tunnel of TU Graz. "The concept works very well and we hope that it will soon be implemented in real life," says Vössner.

This initiative subsequently gave rise to the “High Performance Sailing” team: a TU Graz student team in which student sailing-sport enthusiasts still do research on their sailing boat and sailing technology together with various institutes and successfully participate in international student regattas.

Vössner and Wimmer are certainly interested in improving performance – but only secondarily. The focus for both is on the environment. "We mechanical engineers are among the few who are able to use their technologies to either damage or protect the climate directly," explains Vössner, who is not only the head of the Institute but also Vice-Dean of the Faculty of Mechanical Engineering and Economic Sciences. "I would also like to open up alternatives to the automobile at the Faculty and thus also shine a light on other mobility concepts. This is also increasingly important to our students." Of course, as an inland research institution, there is no specialism in shipbuilding itself, but: "We have a great deal of expertise and commitment to sustainable systems at our various institutes, which can easily be transferred to the maritime sector. Autonomous vehicles and high-tech are not only available for the road," says Vössner laughing. "At present, we are still far from achieving our potential – but we want to change that."