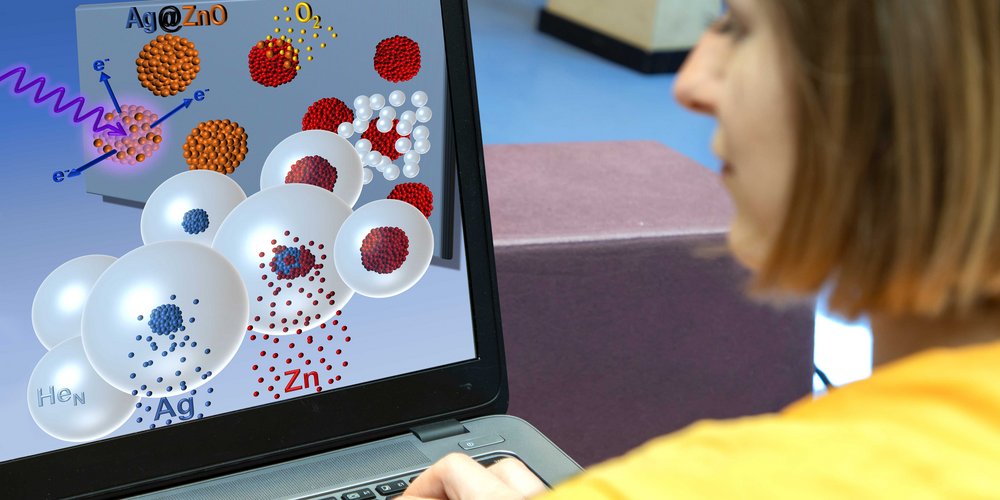 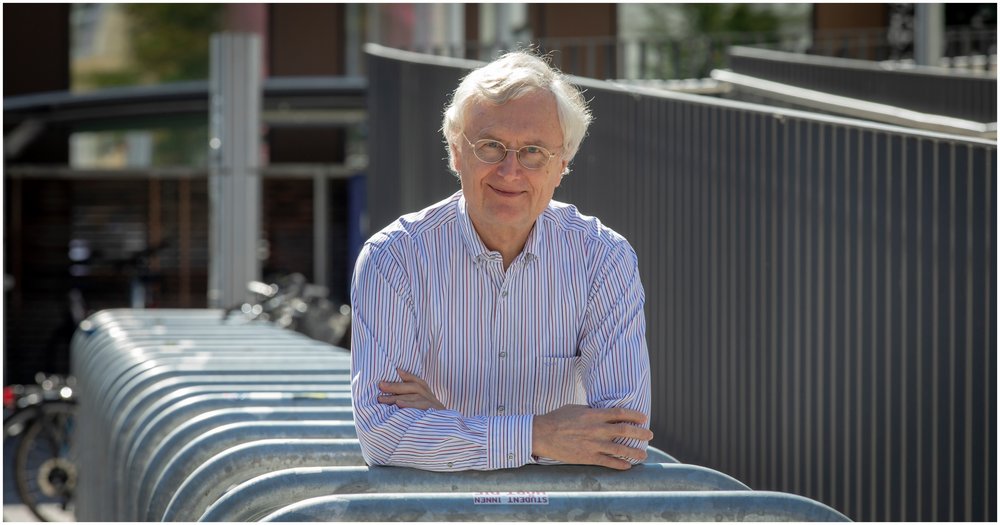 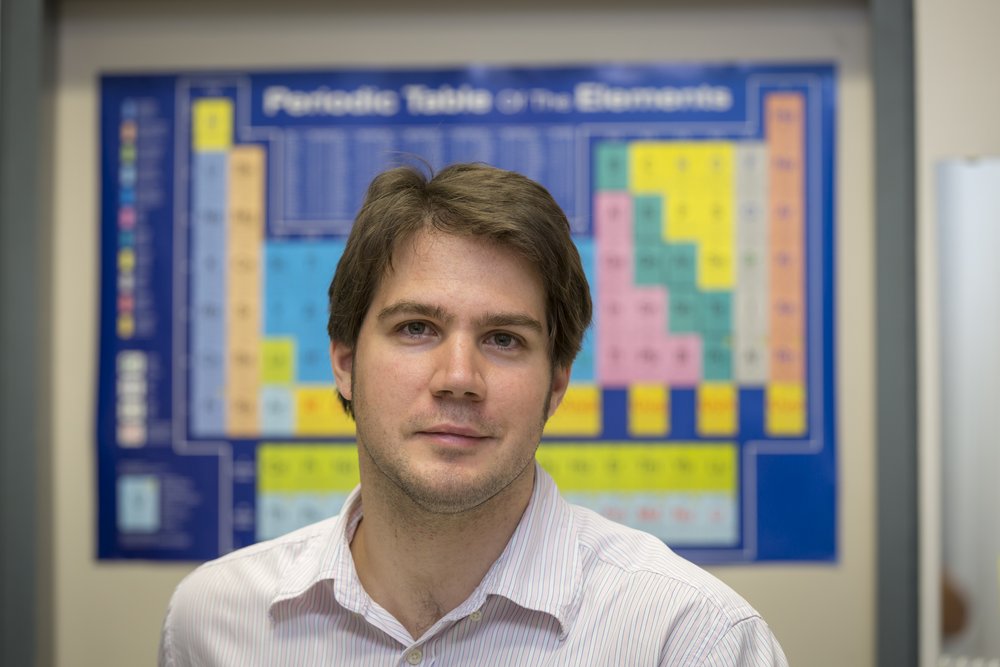 Whether in innovative high-tech materials, more powerful computer chips, pharmaceuticals or in the field of renewable energies, nanoparticles – smallest portions of bulk material – form the basis for a whole range of new technological developments. Due to the laws of quantum mechanics, such particles measuring only a few millionths of a millimetre can behave completely differently in terms of conductivity, optics or robustness than the same material on a macroscopic scale. In addition, nanoparticles or nanoclusters have a very large catalytically effective surface area compared to their volume. For many applications this allows material savings while maintaining the same performance.

Researchers at the Institute of Experimental Physics (IEP) at Graz University of Technology have developed a method for assembling nanomaterials as desired. They let superfluid helium droplets of an internal temperature of  0.4 Kelvin (i.e. minus 273 degrees Celsius) fly through a vacuum chamber  and selectively introduce individual atoms or molecules into these droplets. “There, they coalesce into a new aggregate and can be deposited on different substrates," explains experimental physicist Wolfgang Ernst from TU Graz. He has been working on this so-called helium-droplet synthesis for twenty-five years now, has successively developed it further during this time, and has produced continuous research at the highest international level, mostly performed in "Cluster Lab 3", which has been set up specifically for this purpose at the IEP.

In Nano Research, Ernst and his team now report on the targeted formation of so-called core-shell clusters using helium-droplet synthesis. The clusters have a 3-nanometer core of silver and a 1.5-nanometer-thick shell of zinc oxide. Zinc oxide is a semiconductor that is used, for example, in radiation detectors for measuring electromagnetic radiation or in photocatalysts for breaking down organic pollutants. The special thing about the material combination is that the silver core provides a plasmonic resonance, i.e. it absorbs light and thus causes a high light field amplification. This puts electrons in an excited state in the surrounding zinc oxide, thereby forming electron-hole pairs – small portions of energy that can be used elsewhere for chemical reactions, such as catalysis processes directly on the cluster surface. "The combination of the two material properties increases the efficiency of photocatalysts immensely. In addition, it would be conceivable to use such a material in water splitting for hydrogen production," says Ernst, naming a field of application.

Nanoparticles for laser and magnetic sensors

In addition to the silver-zinc oxide combination, the researchers produced other interesting core-shell clusters with a magnetic core of the elements iron, cobalt or nickel and a shell of gold. Gold also has a plasmonic effect and also protects the magnetic core from unwanted oxidation. These nanoclusters can be influenced and controlled both by lasers and by external magnetic fields and are suitable for sensor technologies, for example. For these material combinations, temperature-dependent stability measurements as well as theoretical calculations were carried out in collaboration with the IEP theory group led by Andreas Hauser and the team of Maria Pilar de Lara Castells (Institute of Fundamental Physics at the Spanish National Research Council CSIC, Madrid) and can explain the behaviour at phase transitions such as alloy formation that deviates from macroscopic material samples. The results were published in the Journal of Physical Chemistry.
Ernst now hopes that the findings from the experiments will be rapidly transferred into new catalysts "as soon as possible".

To the original publications

This research area is anchored in the Field of Expertise "Advanced Materials Science", one of five strategic foci of TU Graz. The Cluster 3 laboratory was set up using funds from the European Regional Development Fund (ERDF) with the support of the European Union and the State of Styria. The measurements for photoelectron spectroscopy of the particles could be carried out with the aid of a photoemission electron microscope in the framework of the structural funds of the higher education area of the Austrian Federal Government. The work was also supported by three projects of the Austrian Research Fund FWF.