The study results are based on investigations of repeated mass movements and are expected to benefit planning, maintenance, and development of transportation infrastructure in affected areas. 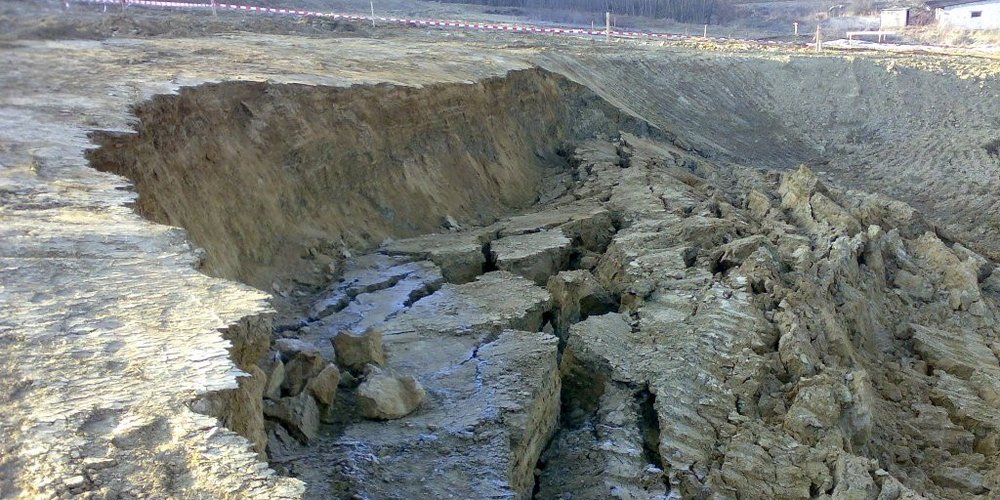 Mass movements (like a landslide in the picture) cause considerable damage year after year. A study by TU Graz now identifies the triggers of such events. © Kieffer - TU Graz/DCNA

Mass movements such as landslides and hill-slope debris flows cause billions of euros in economic damage around the world every year. Between 20 and 80 million euros are spent annually from the disaster fund to repair disaster damage in Austria, 15 to 50 percent of which is attributable to mud flows and landslides. Now, a team of geologists from Graz University of Technology (TU Graz), in cooperation with the Burgenland state road administration, identified for the first time the chemical influencing factors and triggers for recurrent mass movements in fine-grained sediments. From results published in the journal Science of the Total Environment, preventive measures and strategies can be derived to guard against such events.

The basis for the investigations is a well-documented landslide in southern Burgenland, which has occupied the local state road administration for four decades now. Through analysis of terrain data, soil samples, drainage waters, and laboratory tests, it has been shown that the sensitivity of the subsurface to external influences is favoured by natural (geogenic) chemical weathering processes that take place over long periods of the Earth's history and define or weaken the nature of the subsurface. On the other hand, man-made (anthropogenic) chemical influencing factors also play a central role, such as agricultural activities, seeping road run-off or winter road maintenance. "In the study area, fine-grained sedimentary deposits dominate, as they are widespread in the basin areas in eastern Austria," says Volker Reinprecht, co-author of the study and geologist at the Office of the State Government of Burgenland. "Heavy rain events and periods of dew, as well as continuous vibration from road traffic, have in the past caused the soil to literally 'wash away' and the affected road to require periodic rehabilitation."

Focus on soil drainage and the overall system

A decisive improvement of the situation was achieved by adapting the drainage system. The previous drainage system using transverse ribs, in which rainwater and seepage is captured in the area in contact with the sliding surface, was replaced by a longitudinal drainage system so that the water is removed from the subsoil within a few days and both backwater and chemical interaction processes are prevented. "Rapid drainage of the water reduces the soaking of the subsoil, reduces the formation of zones of weakness (sliding horizons) and thus increases the stability of the soil or the overall system," explains Andre Baldermann from the Institute of Applied Geosciences at TU Graz and head of the study. The geoscientist already sees the new drainage system as a first measure to prevent mass movements. "We were able to demonstrate that backwater formation in the subsurface can activate the slip zones via chemical processes. This is prevented with longitudinal drainage and the resulting faster drainage." Baldermann recommends that in future construction projects in zones at risk from sink holes, landslides or similar events, greater consideration be given to possible interactions between the drainage system and the subsoil as early as the planning stage."

Andre Baldermann and Volker Reinprecht are currently working on extending the study design (see additional information “investigation methods used") to other affected regions with similar geological conditions. A view of the total system is important, explains Baldermann, because: "The structure of the subsurface, as well as other region-specific factors, has a major influence on the nature, intensity, and periodicity of mass movements. The results and practical recommendations from the reference project are therefore not transferable one-to-one to other affected regions. But they are a first example of how to approach such problems in the future."

This research area is anchored in the Field of Expertise “Advanced Materials Science”, one of five strategic foci of TU Graz. The work was supported by the NAWI Graz Geocenter.