How acidic are atoms?

The acidity of molecules can be easily determined, but until now it was not possible to measure this important property for atoms on a surface. With a new microscopy technique from the Vienna University of Technology (TU Wien), this has now been achieved. 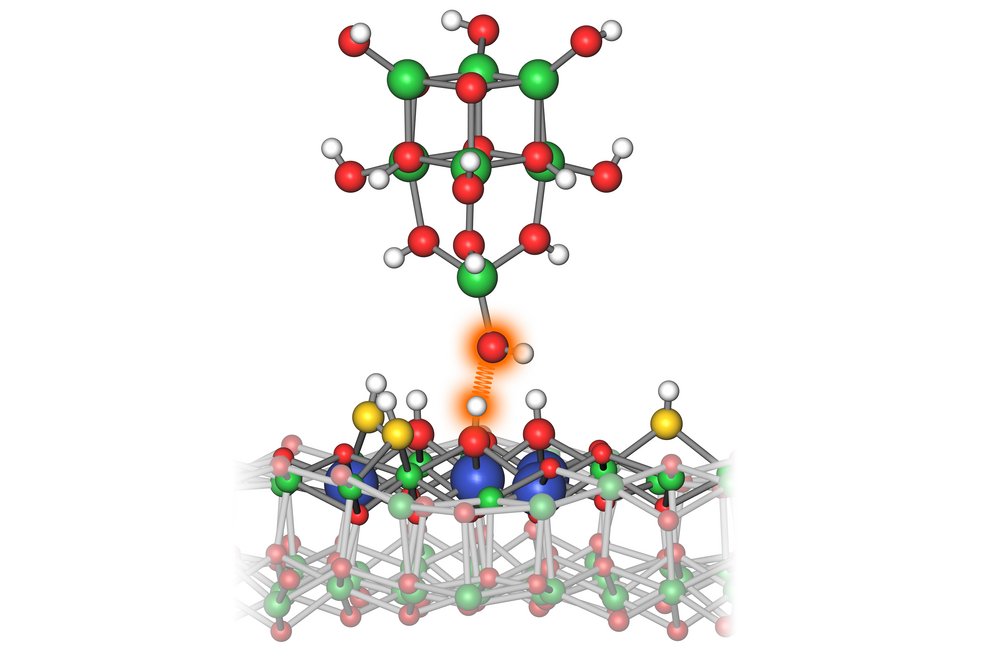 Using the modified tip of an atomic force microscope, individual atoms in the surface can be probed. 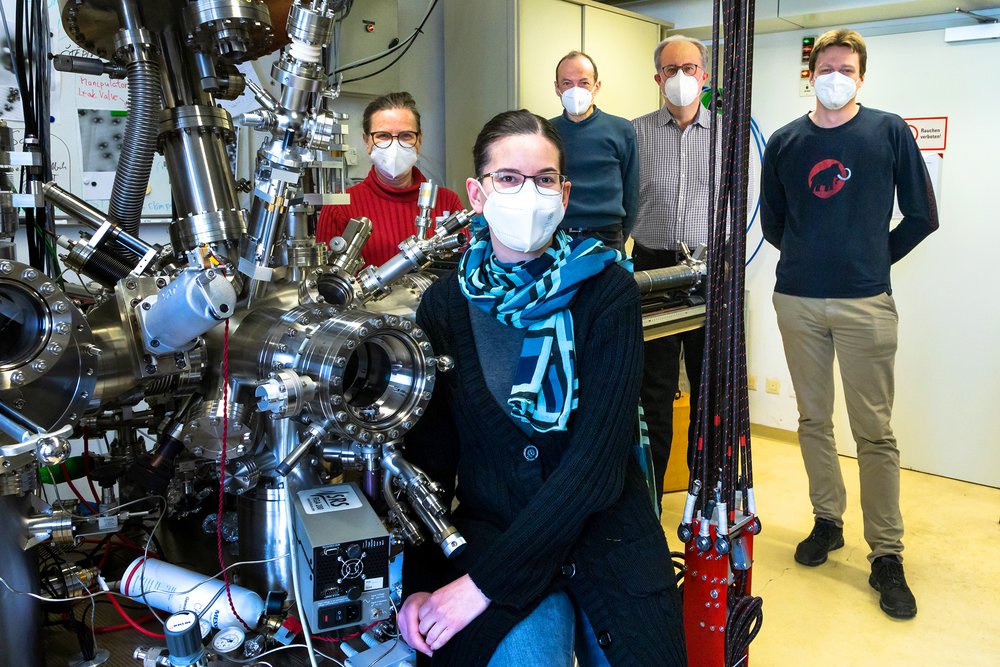 The degree of acidity or alkalinity of a substance is crucial for its chemical behavior. The decisive factor is the so-called proton affinity, which indicates how easily an entity accepts or releases a single proton. While it is easy to measure this for molecules, it has not been possible for surfaces. This is important because atoms on surfaces have very different proton affinities, depending on where they sit.

Researchers at TU Wien have now succeeded in making this important physical quantity experimentally accessible for the first time: Using a specially modified atomic force microscope, it is possible to study the proton affinity of individual atoms. This should help to analyze catalysts on an atomic scale. The results have been published in the scientific journal "Nature".

Precision instead of average

"All previous measurements of surface acidity had one severe drawback," says Prof. Ulrike Diebold from the Institute of Applied Physics at TU Wien. "Although the surface atoms behave chemically differently, one could only ever measure the average value."

Thus it is not known which atoms contributed to chemical reactions, and to what extent, which makes it impossible to adjust the atomic scale of the surface to favor certain chemical reactions. But that is exactly what is needed, for example, when looking for more effective catalysts for hydrogen production.

"We analyzed surfaces made of indium oxide. They are particularly interesting because there are five different types of OH groups with different properties on the surface," says Margareta Wagner, who carried out these measurements in Prof. Diebold's lab.

With a special trick it was possible to study these OH groups individually: The researchers placed a single OH group at the tip of an atomic force microscope. This tip was then positioned specifically over one particular atom on the surface. A force then acts between the OH group on the tip and the OH group directly below it on the indium oxide surface, and this force depends sensitively on the distance between them.

"We vary the distance between the tip and the surface and measure how this changes the force," explains Margareta Wagner. "This gives us a characteristic force curve for each OH group on the surface of a material." The shape of this force curve provides information about how well the respective oxygen atoms on the indium oxide surface hold their protons - or how easily they will release them.

In order to obtain an actual value for the proton affinity, theoretical work was necessary. This was carried out by Bernd Meyer at the Friedrich-Alexander-University Erlangen-Nürnberg, Germany. In elaborate computer simulations it was possible to show how the force curve of the atomic force microscope can be translated in a simple and precise way into those quantities that are needed in chemistry.

Nanostructure determines the quality of catalysts

"This is quite crucial for the further development of catalysts," says Bernd Meyer. "We know that atoms of the same type behave quite differently depending on their atomic neighbors and the way they are incorporated into the surface." For example, it can make a big difference whether the surface is perfectly smooth or has steps on an atomic scale. Atoms with a smaller number of neighbors sit at such step edges, and they can potentially significantly improve or worsen chemical reactions.

"With our functionalized scanning force microscope tip, we can now precisely investigate such questions for the first time," says Ulrike Diebold. "This means that we no longer have to rely on trial and error, but can precisely understand and improve chemical properties of surfaces."