How ions get their electrons back

What happens when ions are passing through solid materials? It is nearly impossible to observe this directly, but scientists at TU Wien found a way to overcome this problem. 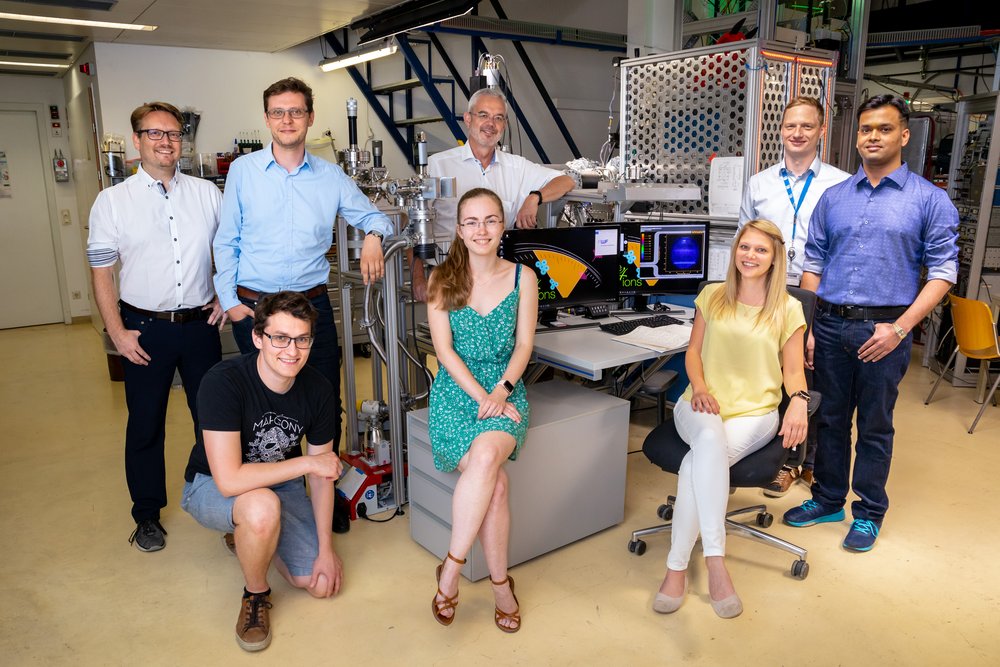 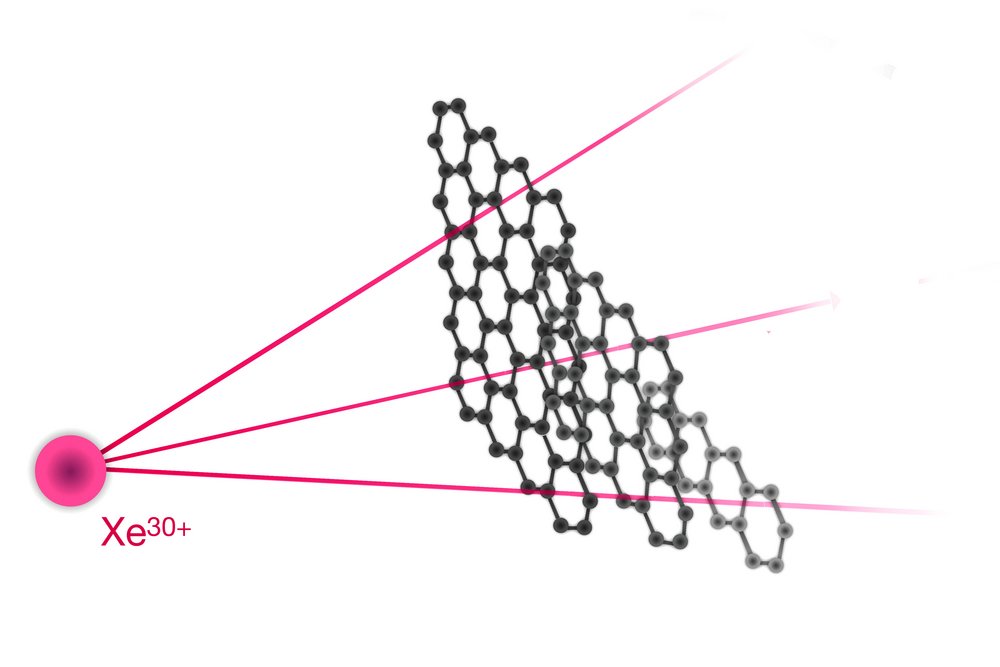 Very unusual atomic states are produced at TU Wien: Ions are created by removing not just one but 20 to 40 electrons from each atom. These “highly charged ions” play an important role in current research.

For a long time, people have been investigating what happens when such highly charged ions hit solid materials. This is important for many areas of application in materials research. Therefore it is crucial to know how the charge state of the ions change when they penetrate a material – but this is exactly what has been impossible to observe directly until now. New measurements at TU Wien (Vienna) show that the ions obey remarkably simple laws.

When highly charged ions penetrate a solid material, they can retrieve the missing electrons from the material and thus become electrically neutral. But how and where this happens exactly is difficult to investigate, because it happens inside the material.

"We knew that this process must be very fast, because even a fairly thin layer of material is enough to completely neutralise ions," says Anna Niggas, first author of the present study. She is currently working on her dissertation in Prof. Richard Wilhelm's group at the Institute of Applied Physics at TU Wien.

Visually observing the processes inside the material may be nearly impossible, but novel 2D materials such as graphene, which consists of only a single layer of carbon atoms, now give scientists a chance to get to the bottom of these phenomena for the first time: "Graphene layers can be stacked on top of each other, so that thicker and thicker samples are created - you can assemble a solid body layer by layer," says Richard Wilhelm. "We have studied single, double and triple graphene layers. That way, we can see step by step, atomic layer by atomic layer, how the highly charged ions change."

In this way, you can study a transition, from a single atomic layer to an ordinary three-dimensional material. Graphite, the material pencil leads are made of, is nothing more than a large number of graphene layers stacked on top of each other.

It’s the time that matters

The ions go through the different carbon layers at different velocities. It turns out that the decisive factor is the time the projectile spends in the immediate vicinity of the atomic layers. "If we take into account that the ions spend two or three times as long in contact with carbon atoms on their way through two or three graphene layers as they do in a single graphene layer, then it can be explained with a simple formula how quickly the ions capture electrons and change their charge state," Anna Niggas explains. "With our results, we can now calculate for the first time how many atomic layers you need until the ions are electrically neutral."

In order to study the dynamics of the electron capture, one must first prepare the samples very carefully. Dr. Bernhard C. Bayer from the Institute of Materials Chemistry at TU Wien succeeded in precisely characterising the atomic layers using high-resolution microscopy - a great challenge when only very little material is available for the investigation in the atomically thin layers.

The new findings are important for many areas of research: On the one hand, very fundamental phenomena can be studied in this way that are difficult to access with other methods. On the other hand, the interaction between ions and solid materials is also important for very practical applications - for example in materials analysis, where ions are used to study the properties of new types of materials in detail, or in semiconductor technology, where ion beams are used to structure circuits.

The research described was funded by the FWF, the "Innovative Projects"-Programme of TU Wien and the Doctoral College TU-D.