Semiconductor electronics is getting faster and faster - but at some point, physics no longer permits any increase. The shortest possible time scale of optoelectronic phenomena has now been investigated. 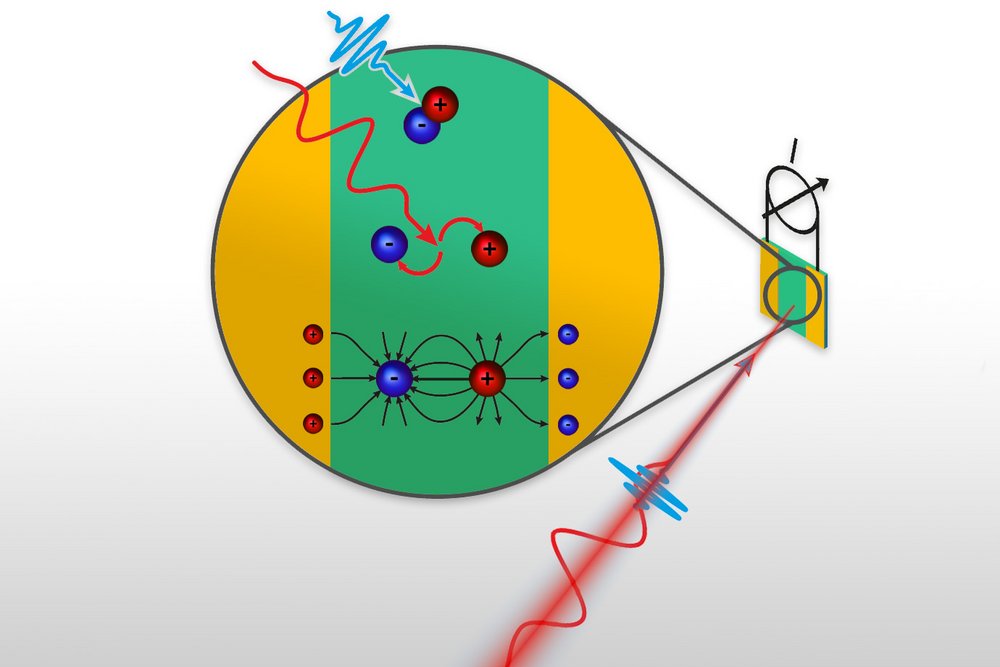 How fast can electronics be? When computer chips work with ever shorter signals and time intervals, at some point they come up against physical limits. The quantum-mechanical processes that enable the generation of electric current in a semiconductor material take a certain amount of time. This puts a limit to the speed of signal generation and signal transmission.

TU Wien (Vienna), TU Graz and the Max Planck Institute of Quantum Optics in Garching have now been able to explore these limits: The speed can definitely not be increased beyond one petahertz (one million gigahertz), even if the material is excited in an optimal way with laser pulses. This result has now been published in the scientific journal "Nature Communications".

"Materials are studied that initially do not conduct electricity at all," explains Prof. Joachim Burgdörfer from the Institute for Theoretical Physics at TU Wien. "These are hit by an ultra-short laser pulse with a wavelength in the extreme UV range. This laser pulse shifts the electrons into a higher energy level, so that they can suddenly move freely. That way, the laser pulse turns the material into an electrical conductor for a short period of time." As soon as there are freely moving charge carriers in the material, they can be moved in a certain direction by a second, slightly longer laser pulse. This creates an electric current that can then be detected with electrodes on both sides of the material.

These processes happen extremely fast, on a time scale of atto- or femtoseconds. "For a long time, such processes were considered instantaneous," says Prof. Christoph Lemell (TU Wien). "Today, however, we have the necessary technology to study the time evolution of these ultrafast processes in detail." The crucial question is: How fast does the material react to the laser? How long does the signal generation take and how long does one have to wait until the material can be exposed to the next signal? The experiments were carried out in Garching and Graz, the theoretical work and complex computer simulations were done at TU Wien.

Time or energy - but not both

The experiment leads to a classic uncertainty dilemma, as it often occurs in quantum physics: in order to increase the speed, extremely short UV laser pulses are needed, so that free charge carriers are created very quickly. However, using extremely short pulses implies that the amount of energy which is transferred to the electrons is not precisely defined. The electrons can absorb very different energies. "We can tell exactly at which point in time the free charge carriers are created, but not in which energy state they are," says Christoph Lemell. "Solids have different energy bands, and with short laser pulses many of them are inevitably populated by free charge carriers at the same time."

Depending on how much energy they carry, the electrons react quite differently to the electric field. If their exact energy is unknown, it is no longer possible to control them precisely, and the current signal that is produced is distorted – especially at high laser intensities.

"It turns out that about one petahertz is an upper limit for controlled optoelectronic processes," says Joachim Burgdörfer. Of course, this does not mean that it is possible to produce computer chips with a clock frequency of just below one petahertz. Realistic technical upper limits are most likely considerably lower. Even though the laws of nature determining the ultimate speed limits of optoelectronics cannot be outsmarted, they can now be analyzed and understood with sophisticated new methods.