How can single atoms be used for catalysis? Researchers from Vienna develop a new method to anchor single atoms to supports. 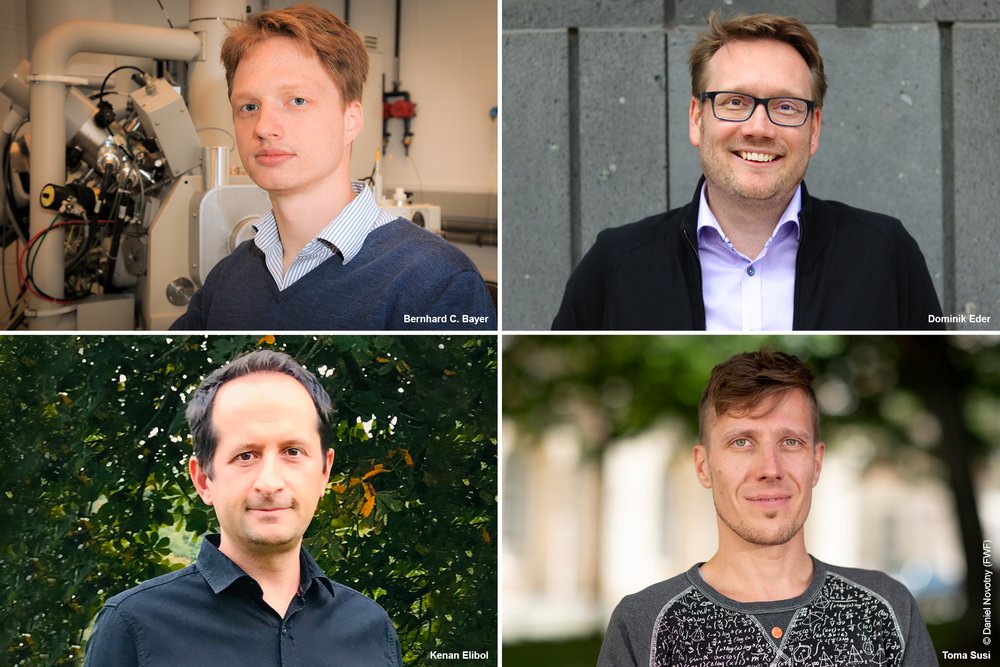 There is a dictum to “never change a running system”. New methods can however be far superior to older ones. While to date chemical reactions are mainly accelerated by catalytic materials that comprise several hundreds of atoms, the use of single atoms could provide a new approach for catalysis.

An international research team, led by the TU Wien, Austria, has now developed a new method for anchoring individual atoms in a controlled and stable manner on surfaces. This is an important step towards single atom catalysis. The researchers working with Bernhard C. Bayer presented the new method in the scientific journal ACS Nano.

Modern catalysts consist of nanoparticles and are therefore very small. However, considering their size on the atomic scale, they still comprise of hundreds of atoms, far larger than single atom catalysts. If it would become possible to accelerate chemical reactions with single atoms, this could open up new opportunities for catalysis. Single-atom catalysis can be more sustainable and energy efficient and it can also be more selective and achieve a higher turnover than traditional processes.

In the newly developed method, silicon atoms serve as “anchors” for single metal atoms. Silicon atoms themselves often occur as an impurity in the carbon support materials. To these silicon atoms now indium atoms are bound, which can act as single-atom catalysts. “The indium atoms bind selectively to the silicon anchors in the carbon crystal lattice,” says Bernhard C. Bayer from the Institute for Materials Chemistry at the TU Wien. “Thereby the individual indium atoms remain stable and anchored at their positions and do not clump together,” continues Bayer, who led the research. “What makes the new technology particularly exciting is that the indium atoms are anchored in a self-assembled fashion, if the reaction conditions are right. This makes the process potentially scalable,” adds Kenan Elibol from the University of Vienna and the Trinity College Dublin and first author of the study.

The process however also came with its challenges that the research team successfully met. Particularly the deposition of individual atoms on solid support surfaces is difficult. This is because single atoms normally move away quickly from their locations and clump together to form larger particles. The formation of such larger particles negates the advantages of single atom catalysis.

Using a high-resolution electron microscope at the University of Vienna, the research team could observe the mechanisms of the silicon-anchoring of the indium single atoms. “We were able to demonstrate, that the anchoring of the indium atoms depends on how the silicon anchors are bound into the carbon crystal lattice,” says Toma Susi from the University of Vienna, who further elucidated the anchor structures by modern computational methods. “Such controlled and room-temperature-stable anchoring of individual atoms on solid surfaces has not been reported yet and opens up exciting perspectives for catalytic applications in the fields of energy and environment,” adds Dominik Eder from the TU Wien and an expert in catalysis.

Further experiments will follow so that the method developed by the Viennese researchers can also be industrially used: “The single atoms placed with the new method are now to be tested in detail as catalysts for various chemical reactions,” says Bernhard C. Bayer.

The research described has been supported by the Austrian Research Promotion Agency (FFG) under project 860382-VISION and by the European Research Council (ERC) as part of the European Union's Horizon 2020 research and innovation program (756277-ATMEN) .