What are the factors leading to catastrophic floods? Günter Blöschl and his team present the latest findings in Nature Reviews Earth & Environment. 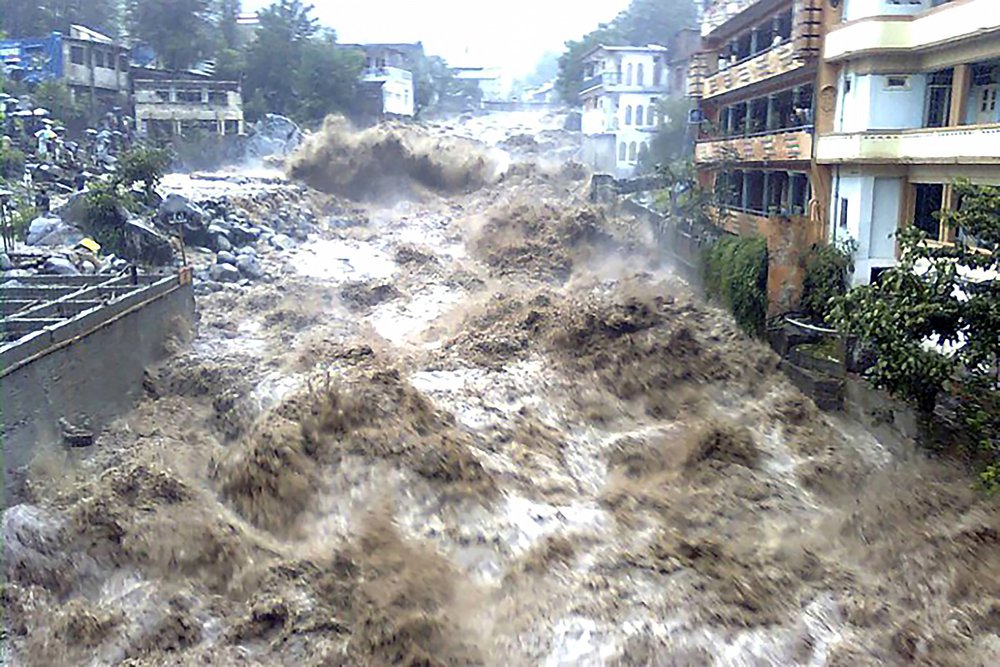 Flash flood on the Daral River in Bahrain. © Manzoor Ahmad

The floods in western Germany and Austria are over. What remains, however, is the damage of entire cities, such as Hallein in Salzburg. The devastation: Citizens are often informed too late of the imminent floods and are thus not well prepared. Events such as this year's floods usually occur locally, but with increasing frequency. This is because climate and society are changing.

Together with international colleagues, Prof. Günter Blöschl from TU Wien has investigated the causes of floods with disastrous consequences and has made forecasts of the future situation. The scientists have published their summary analysis in the journal Nature Reviews Earth & Environment on August 10.

Learning from the past also works in the case of flood research. Therefore, Günter Blöschl and his team have analysed both small and catastrophic river flood events of the past. "If we compare these two types of floods, it becomes obvious that their mechanisms are fundamentally different," says Blöschl. "Devastating floods often result from a confluence of unfavorable factors, such as wet soils and heavy rain or local thunderstorms and regional rainfall." If two rivers flood at the same time, the destructive power of the combined water masses also increases.

Since the complex interplay of these factors is difficult to predict, flood protection officials and the civilian population are often surprised by floods. As a consequence, the damage tends to be high.

Looking at past flood events around the world, a complex picture emerges: depending on the region, the risk of flooding increases or decreases. Nevertheless, experts agree that flood risk is expected to increase in many regions - especially in northwestern Europe and in parts of Asia and Africa. "These different trends are caused by changes in various climatic and hydrological conditions, as well as socioeconomic factors that interact with each other," Blöschl explains. Trends show that economic and population growth will affect the likelihood of catastrophic flood events and may lead to widespread increases.

Their data analysis also reveals that the number of fatalities and people affected by floods has declined since the mid-1990s. This is due to targeted flood risk management measures. "Effective risk reduction requires an understanding of the causal processes, as well as the creation of hazard awareness," Blöschl explains. Structural measures have also contributed significantly to flood protection. In order to further reduce the potential for flood surprises and to better assess risks, interdisciplinary collaboration between natural scientists, engineers and social scientists is needed.