Reaching your life goals as a single-celled organism

How do simple creatures manage to move to a specific place? Artificial intelligence and a physical model from TU Wien can now explain this. 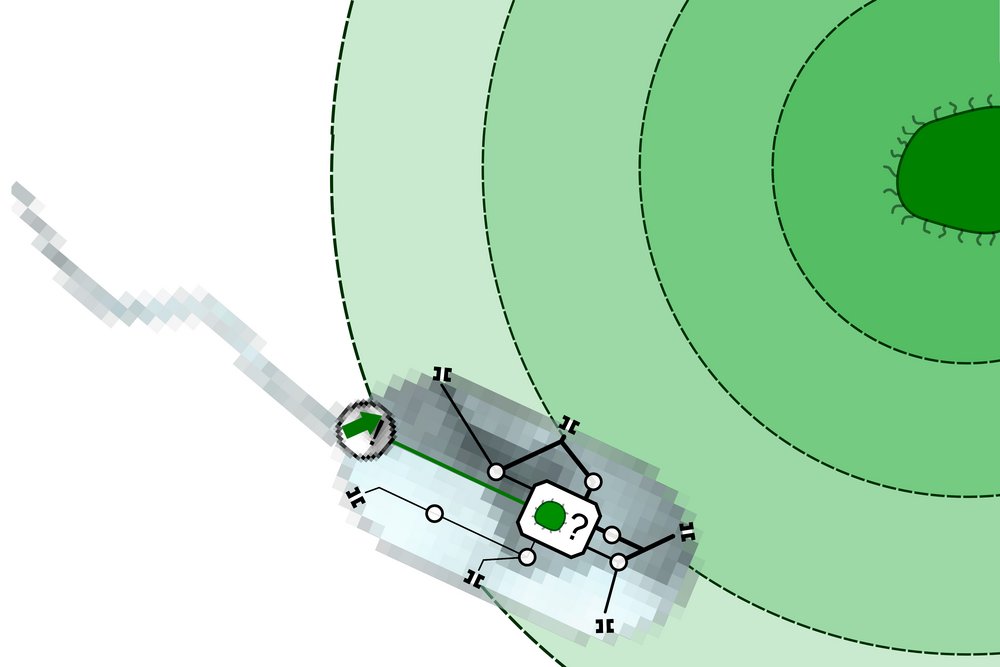 The single celled organism can detect, in which direction the concentration of nutrients is highest. 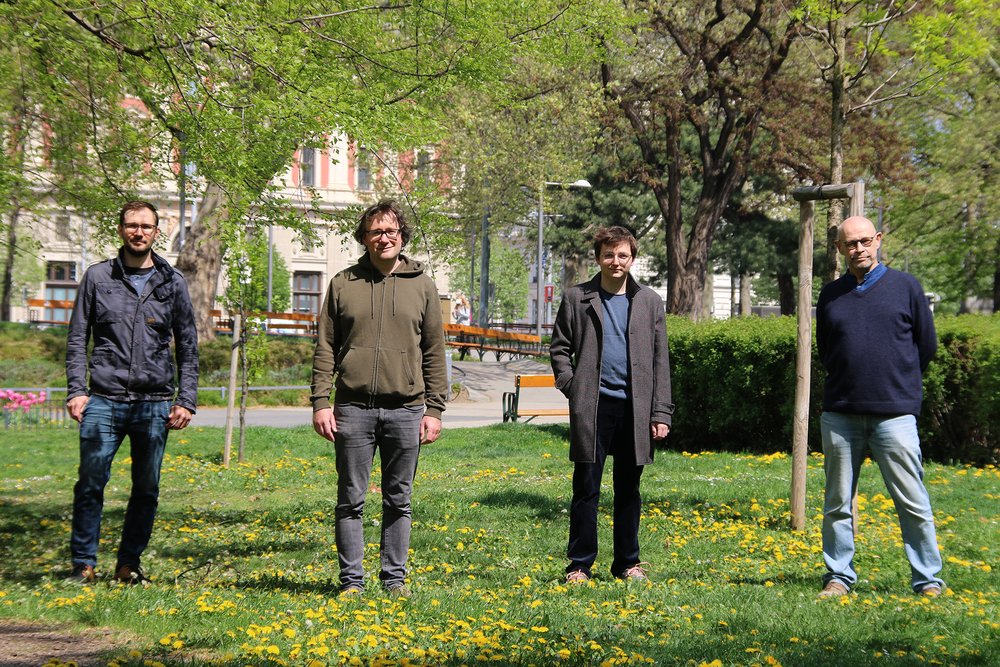 How is it possible to move in the desired direction without a brain or nervous system? Single-celled organisms apparently manage this feat without any problems: for example, they can swim towards food with the help of small flagellar tails.

How these extremely simply built creatures manage to do this was not entirely clear until now. However, a research team at TU Wien (Vienna) has now been able to simulate this process on the computer: They calculated the physical interaction between a very simple model organism and its environment. This environment is a liquid with a non-uniform chemical composition, it contains food sources that are unevenly distributed.

The simulated organism was equipped with the ability to process information about food in its environment in a very simple way. With the help of a machine learning algorithm, the information processing of the virtual being was then modified and optimised in many evolutionary steps. The result was a computer organism that moves in its search for food in a very similar way to its biological counterparts.

Chemotaxis: Always going where the chemistry is right

"At first glance, it is surprising that such a simple model can solve such a difficult task," says Andras Zöttl, who led the research project, which was carried out in the "Theory of Soft Matter" group (led by Gerhard Kahl) at the Institute of Theoretical Physics at TU Wien. "Bacteria can use receptors to determine in which direction, for example, the oxygen or nutrient concentration is increasing, and this information then triggers a movement into the desired direction. This is called chemotaxis."

The behaviour of other, multicellular organisms can be explained by the interconnection of nerve cells. But a single-celled organism has no nerve cells – in this case, only extremely simple processing steps are possible within the cell. Until now, it was not clear how such a low degree of complexity could be sufficient to connect simple sensory impressions – for example from chemical sensors – with targeted motor activity.

"To be able to explain this, you need a realistic, physical model for the movement of these unicellular organisms," says Andreas Zöttl. "We have chosen the simplest possible model that physically allows independent movement in a fluid in the first place. Our single-celled organism consists of three masses connected by simplified muscles. The question now arises: can these muscles be coordinated in such a way that the entire organism moves in the desired direction? And above all: can this process be realised in a simple way, or does it require complicated control?"

A small network of signals and commands

"Even if the unicellular organism does not have a network of nerve cells – the logical steps that link its 'sensory impressions' with its movement can be described mathematically in a similar way to a neuronal network," says Benedikt Hartl, who used his expertise in artificial intelligence to implement the model on the computer. In the single-celled organism, too, there are logical connections between different elements of the cell. Chemical signals are triggered and ultimately lead to a certain movement of the organism.

"These elements and the way they influence each other were simulated on the computer and adjusted with a genetic algorithm: Generation after generation, the movement strategy of the virtual unicellular organisms was changed slightly," reports Maximilian Hübl, who did many of the calculations on this topic as part of his Master's thesis. Those unicellular organisms that succeeded best in directing their movement to where the desired chemicals were located were allowed to "reproduce", while the less successful variants "died out". In this way, after many generations, a control network emerged – very similar to biological evolution– that allows a virtual unicellular organism to convert chemical perceptions into targeted movement in an extremely simple way and with very basic circuits.

Random wobbling movement – but with a concrete goal

"You shouldn't think of it as a highly developed animal that consciously perceives something and then runs towards it," says Andreas Zöttl. "It's more like a random wobbling movement. But one that ultimately leads in the right direction on average. And that's exactly what you observe with single-celled organisms in nature."

The computer simulations and algorithmic concepts recently published in the renowned journal PNAS prove that a minimal degree of complexity of the control network is indeed sufficient to implement relatively complex-looking movement patterns. If the physical conditions are correctly taken into account, then a remarkably simple internal machinery is sufficient to reproduce in the model exactly those movements that are known from nature.